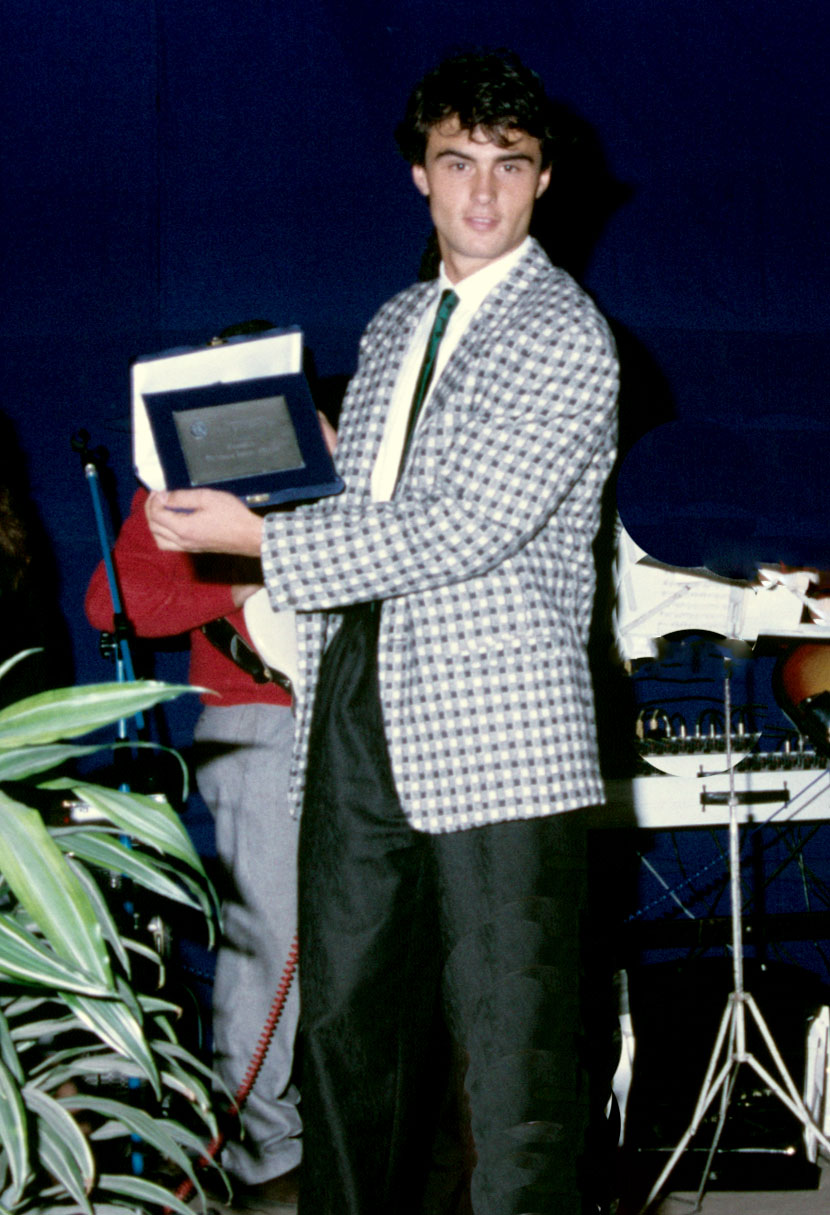 Giuseppe Giannini (; born 20 August 1964) is an Italian former professional footballer who played as a midfielder.

He spent the majority of his 16-year playing career with A.S. Roma, and was regarded by supporters as a club symbol, before his successor in the number-10 shirt and offensive midfield playmaker role, Francesco Totti. He played 47 times for Italy and starred in the teams that reached the semi-finals of the 1988 UEFA European Championship, and subsequently the 1990 FIFA World Cup on home soil.

Throughout his career, Giannini was often referred to as "Il Principe" (The Prince), due to his creative ability, elegance, technique, vision, and passing range, which made him an effective playmaker. In addition to his technical ability and creativity, he was a mobile, versatile, and hard-working player, with notable stamina and tactial awareness, also possessing an accurate shot. Provided by Wikipedia
1

A tumoral and invasive phenotype independent of c-Met mutation
by Giannini, Giuseppe
Published 2016
Get full text

Format: Thèse ou mémoire / Thesis or Dissertation
Save to List